I hope that you will enjoy your journey through time..

The Dutch Settlement 1652 – In July 1651 Jan van Riebeeck submitted a viability report to the DIEC, to establish a refreshment post at the Cape of Good HopeThis certainly impressed the Lords 17, and van Riebeeck was apponited as Commander of the Cape. On the 14th December 1651 he departed from the city of Amsterdam, accompanied by a fleet consisting of the Reijger, Goede Hoop, Walvis and the Olifant. On the 5th of April 1652, Table Mountain was sighted. The voyage had taken just over one hundred days. They anchored shortly after sunset in 9 meters of water at the mouth of the Fresh River. Early the next morning the skipper of the Drommedaris, Davit Coninck, accompanied by the oarsmen and 6 soldiers went ashore to see whether passing ships had buried any letters there, and at the same time procure some greens for refreshments. On the 7th of April 1652, Jan van Riebeeck stepped ashore. The settlement of the Cape had begun… 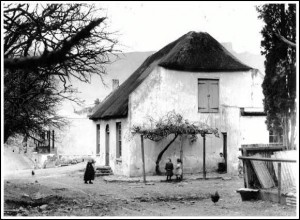 The Bo-Kaap – After the emancipation of the slaves, the Malays moved to the area known as Bo-Kaap on the slopes of Signal Hill. They are the followers of Islam and have built many mosques in and around the city. The Owal Mosque in Dorp Street, built in 1798, is the oldest. The slaves were skilled artisans and built the buildings in and around Cape Town and became the carpenters and cabinetmakers of our Mother City. Today most of their descendants are still craftsmen…                                  Read More 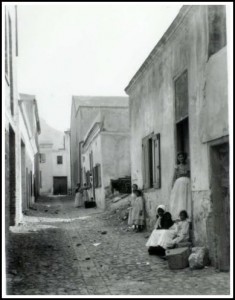 The Battle of Blaauwberg – In July 1805, a fleet sailed from England to recapture the Cape. Janssens, who, from the time he learned that the English and French were again at war, knew that an attack would be made on the Cape, had done his utmost to strengthen the defences of the Colony. But he had nothing like enough forces at his disposal. On January 4, 1806, the British fleet dropped anchor between Robben Island and the shore. The fleet was under the command of Sir Home Popham, the troops under General David Baird. The next day the troops, all except a few regiments who had been sent to Saldanha Bay, landed on Losperds Bay (Melkbos Strand), just north of Blaauwberg Strand. Meanwhile General Janssens set out to meet them with an army of two thousand men...