1795 First British occupation of the Cape

On the outbreak of war between Holland and France in 1793, the British Government immediately opened negotiations with the Dutch. The Dutch authorities replied that they would prefer British ships to guard the Cape, but if that could not be managed they would be grateful for a reinforcement of the garrison.

September 14, The British march, between four and five thousand strong, from Muizenberg towards Cape Town. They encounter very little resistance from the Dutch regiments. 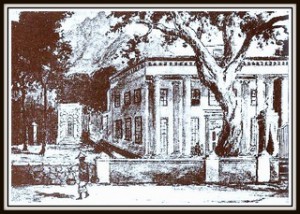 September 15, The terms of surrender are agreed upon, and signed the following day by Clarke and Elphinstone at Rustenberg.

The first British occupation of the Cape is completed.

When the British took control of the Cape, the population count was: 16 000 – 20000 Whites, 17000 – 25 000 slaves and an estimated 14000 Khoikhoi, It was a heterogeneous community of differing characteristics, colours, standards of living, morals and habits.

At the beginning of the English occupation the Cape was under the military government of Generals Craig and Clarke and Admiral Elphinstone. The last two left in November 1795, leaving Craig in charge. The strict, but humane and honest administration of Craig ended in May 1795, when Earl Macartney became governor. Macartney was an excellent administrator, but too conservative and inflexible to gain the colonists’ loyalty. He tolerated no insubordination. Loyal citizens were well treated. There was a lot of social activity under the aegis of the charming Lady Anne Barnard, wife of the Colonial Secretary, John Barrow.

Barrow, made many journeys into the interior and later, became Auditor-General at the Cape. He wrote a two-volume description of the Colony, entitled “An Account of Travels into the Interior of Southern Africa”, which was published in London in 1801.

He gives an interesting account of Cape Town at the time of his writings:

, . . . The town, consisting of about eleven hundred houses, built with and kept in neat order, is disposed into straight and parallel streets, intersecting each other at right angles.

Many of the streets are open and airy, with canals of water running through them, walled in, and planted on each side with oaks; others are narrow and ill paved. Three or four squares give openness to the town. In one is held the public market; another is the common resort of the peasantry with their wagons from the remote districts of the colony; and a third, near the shore of the bay, and between the town and the castle, serves as a parade for exercising the troops. This is an open, airy and extensive plain, perfectly level, composed of a bed of firm clay, covered with small hard gravel. It is surrounded by canals, or ditches, that receive the waters of the town and convey them into the bay. Two of its sides are completely built up with large and handsome houses. The barracks, originally intended for a hospital, for corn magazines, and wine cellars, is a large, well-designed, regular building, which, with its two wings, occupies part of one of the sides of the great square. The upper part of this building is sufficiently spacious to contain 4,000 men. The castle affords barracks for 1,000 men, and lodgings for all the officers of one regiment; magazines for artillery stores and ammunition; and most of the public offices of government are within its walls. The other public buildings are a Calvinist and a Lutheran church: a guardhouse, in which the Burgher Senate, or the council of burghers, meet for transacting business relative to the interior police of the town: a large building in which the government slaves, to the number of 330, are lodged; the court of justice, where civil and criminal causes are heard and determined.

1796 A Burgher Senate, cosisting of 6 members are appointed.

1797 The pleasurelodge in the Company’s Garden, is renamed ‘Government House’

1798 20th of November, Lord Macartney, who had resigned his office due to ill health, embarks for England.

1798 March, The first post office in the Colony is established. Functioning as a Government department, it despatched letters overseas for private individuals at a charge of a shilling a sheet on correspondence, and four shillings a pound on books. The post office only catered for overseas mail. The was no internal postal service as yet.

1799 Construction of a theatre is started, on, Boeren Plijn (Riebeeck Square). It was first theatre or, as the locals called it, the first “komediehuis” in South Africa. (Comedy house)

During the first British occupation of the Cape the public, and especially the garrison, lacked adequate entertainment. The British Governor, Sir George Yonge, authorized the building of the theatre. It opened on the 17th November 1800.

At street level there was provision for a number of shops, workshops and even storerooms. Above these was the theatre itself. The walls were of Table Mountain sandstone, rough-dressed and bonded in clay, but the upper courses of the walls were of stone mixed, with half-burnt bricks and plastered over. The exterior was distinguished by a low pitched roof, buttresses surmounted by urns, a row of oval windows and a covered colonnade of four columns reached by two gracious stairways. The stairways were demolished in 1824, but the building stands just as it was. Nothing remained of its “elegant” interior. Today it is known as the St. Stephen’s Church. It is only building on Riebeeck Square

1800 16 August, The Cape Town Gazette and African Advertiser make its appearance as the first South African newspaper. Published weekly by Messrs. Walker and Robertson, merchants of the Cape.

The newspaper was bought out almost immediately by the Government who produced it in the Castle under the watchful censorship of the AuditorGeneral, Mr. Barrow.

1802 The first book ever written by a colonist, published and printed in Cape Town was De Maan. It consisted of a long poem by the Reverend Meent Borcherds of Dorp Street, Stellenbosch. He built and lived in La Gratitude.

Major-General Francis Dundas take over command at the Cape. He continued the blend of the strict and lenient policies of his predecessors.

Because the British occupation was temporary, he prefered not to change too many of the existing institutions.

In spite of the temporary nature of the first British occupation there were some who considered the Cape as permanently important to Britain, because of its strategic position on the sea route to India, and its role in the struggle between France and England. Macartney, however, pointed out that the Cape Colony was of small commercial value and that it would be an expensive undertaking to keep it.

1803 February, The Cape is given back to the Batavian Republic at the Peace of Amiens.

The Administration of the Cape is given back to the Dutch. The old Dutch East India Company had now disappeared, and in its place was the Council for Asiatic Possessions and Establishments. A lawyer of repute, Jacob Abraham de Mist, drew up a plan of government for the Cape.

This received approval by the Council and he was appointed Commissioner-General to superintend the transfer of the colony. Jan Willem Janssens was appointed governor and commander-in-chief.

1802 23rd December, De Mist and Janssens arrive at the Cape.

It was arranged between de Mist and General Dundas that the Dutch flag should be run up at the castle on January 1 1803, the Dutch troops having taken over the night before.

1802-1804The SA Sendinggestig Museum in Long Street the oldest indigenous mission church in South Africa is built by the South African Missionary Society, which was founded in 1799. It was used for divine services, meetings of the directors and members. Its main focus was for religious and literacy tuition of the slaves and other non-Christians at the Cape.

1803 7th July The new Commissioner of the Cape, Adv. J. H. de Mist, consecrates the new Masonic Temple of the Lodge de Goede Hoop. His arrival the was of great importance to the Freemasons because in the Netherlands he was the Deputy Grand Master National. He was instructed to inquire into Masonic affairs at the Cape and to put things right if he deemed it necessary. It is situated on the western corner of Stal Plein, and today it forms part of the Parliamentary complex.